The Battery of the L'Ametlla de Mar Coast, popularly known as “The Fortifications”, is part of the coastal fortresses erected by the Catalonian Government and the Government of the II Republic during the Spanish Civil War (1936-1939). The site of this military complex is given by its privileged situation dominating all the Golf of Sant Jordi.

The L'Ametlla de Mar Coast Battery presents three shooting platforms to locate the howitzers and 4 entrances to the inner enclosure. Two entrances are on the main road and served to supply the munitions damp and the spare parts rooms. The remaining two are located at the ends of the firing platform and supplied the shells with ammunition. Behind the shells we find two doors that lead to a circular well where they threw the casings that were left over from the projectile. The firing platform also had a drainage system excavated in trenches to evacuate rainwater to the sea. The interior complex served as an anti-aircraft shelter against possible bombing. In the higher level we find different ventilation wells and cisterns to collect rainwater. 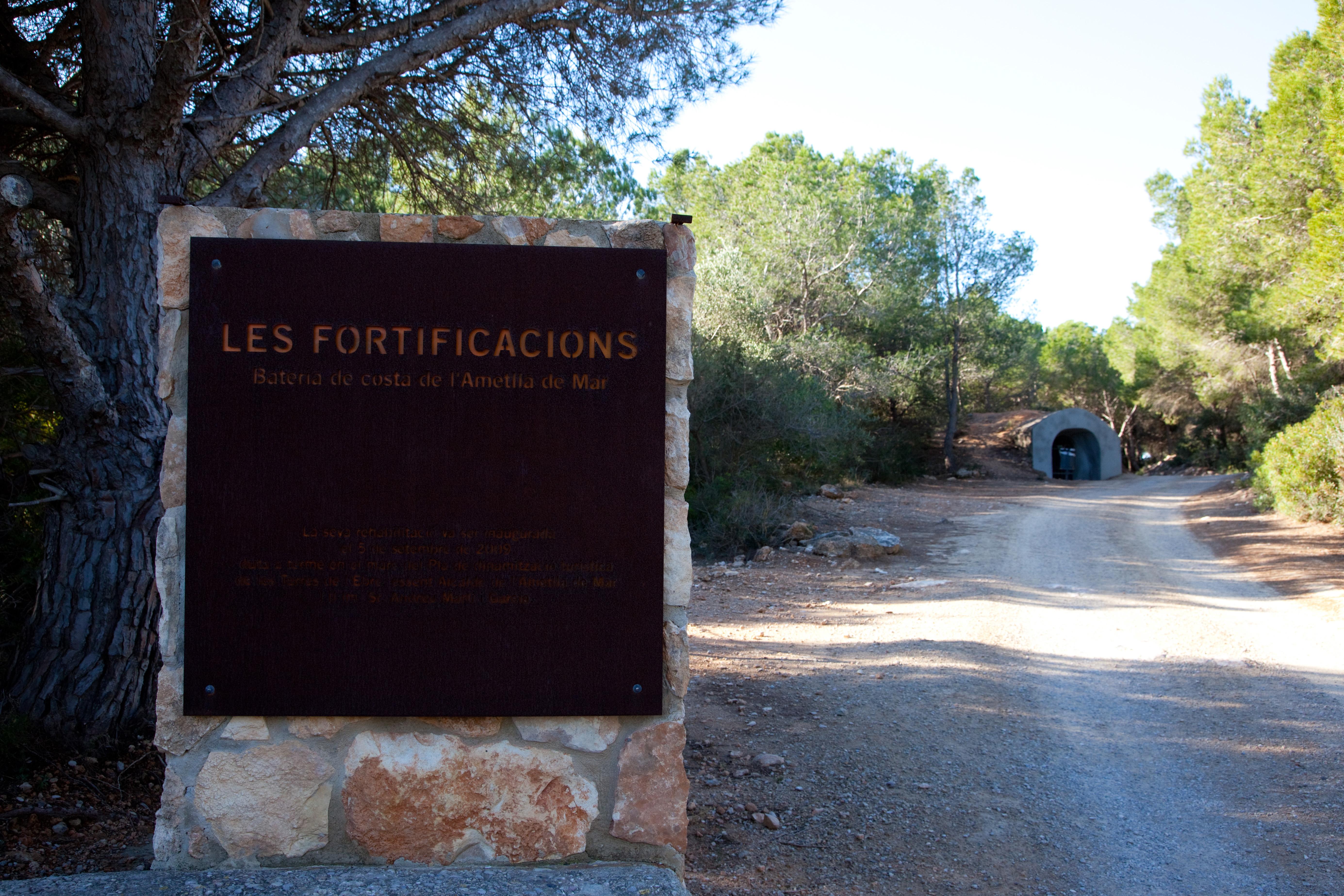